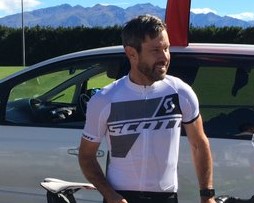 Julian Dean is a former professional road racing cyclist from New Zealand who competed as a professional between 1999 and 2013. He last rode for UCI World Tour team Orica–GreenEDGE, where he now works as sporting director. Some of his achievements include racing in and completing 7 Tour de France, 4 times Olympian and winning the 2007 and 2008 New Zealand National Road Race Championships.

At the peak of Julian's career he was considered the best lead out rider in the world, so Claire and I wanted to chat to him about the mental discipline of repeatedly setting up others for the win, racing in the Olympics vs the Grand Tours, being shot whilst in the Tour de France and the future marginal gains in cycling.