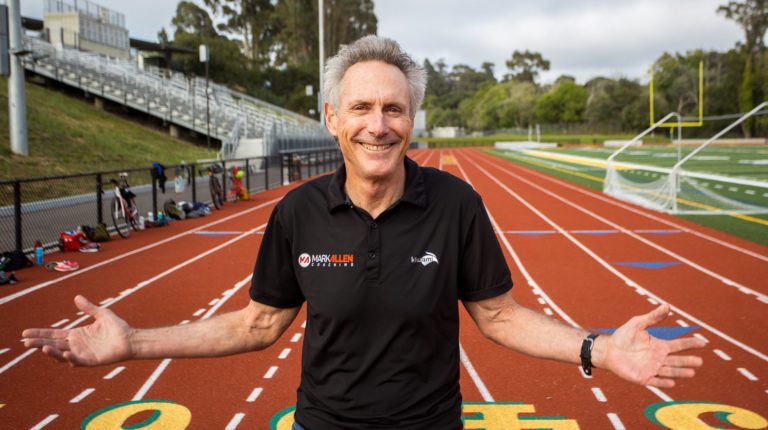 Mark Allen is the arguably the most successful triathlete of all time having won the IRONMAN World Championships® 6 times, the Nice International Triathlon 10 times, and the first recognized Olympic Distance Triathlon Championship. He went undefeated in 21 races for an astounding two-year winning streak from late 1988 thru 1990. He has been inducted into the Halls of Fame for IRONMAN, USA Triathlon, and the International Triathlon Union. In 2012 Mark was voted “The Greatest Endurance Athlete of All Time” by ESPN.

Post retirement Mark has devoted his career to coaching athletes of all levels and to sharing the lessons he learned about preparation, perseverance, and living up to their full potential.

Claire and I wanted to chat to the legend that is Mark Allen about his infamous performances in Kona, which of course include the race known as the 'Ironwar', about quietening the mind, how Shamanism helped him reach his potential and finally about how he is using artificial intelligence to coach athletes.